One of the best things about visiting Los Angeles is randomly seeing some of your favorite stars as you visit that popular restaurants or mall, but rarely, does stars like to go where they will draw a crowd.

So, the next best way to learn connect to some of your favorite shows or movies is to a studio tour.

These tours showcase some of how these amazing shows and movies are made by bringing you on set, displaying actual outfits used by big stars in popular classics, realistic cities built to look like you’re in New York and much more.

As a local, I find them surprisingly fun and I always leave gaining a bit more appreciation for all the efforts those in the entertainment industry go to give me a memorable experience. 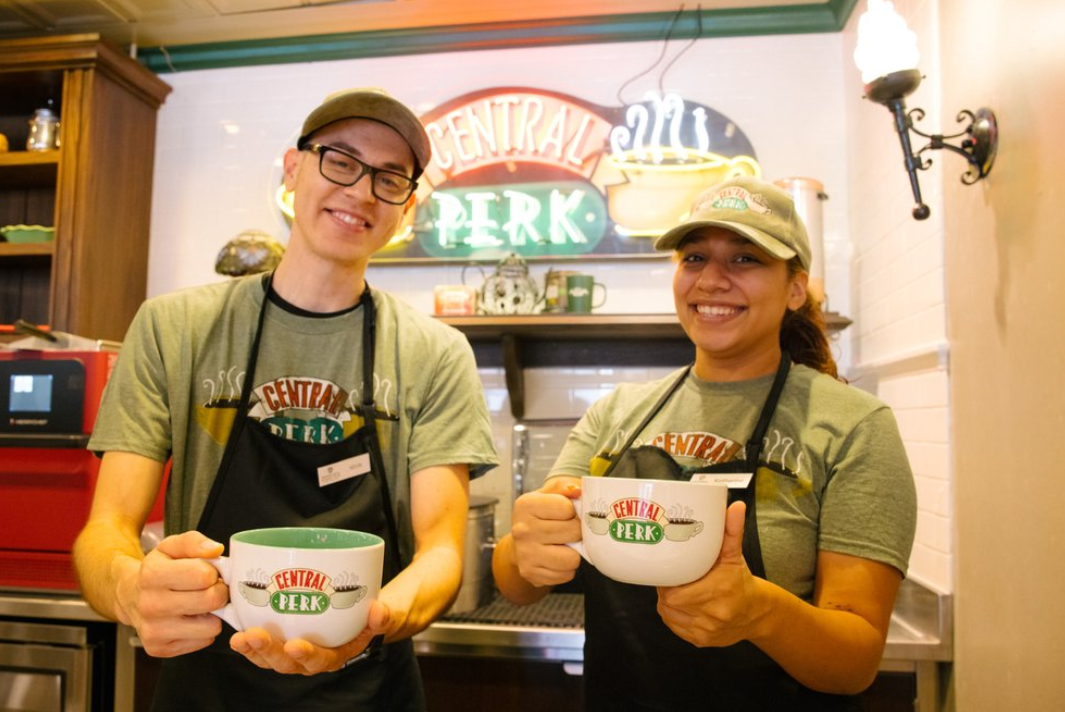 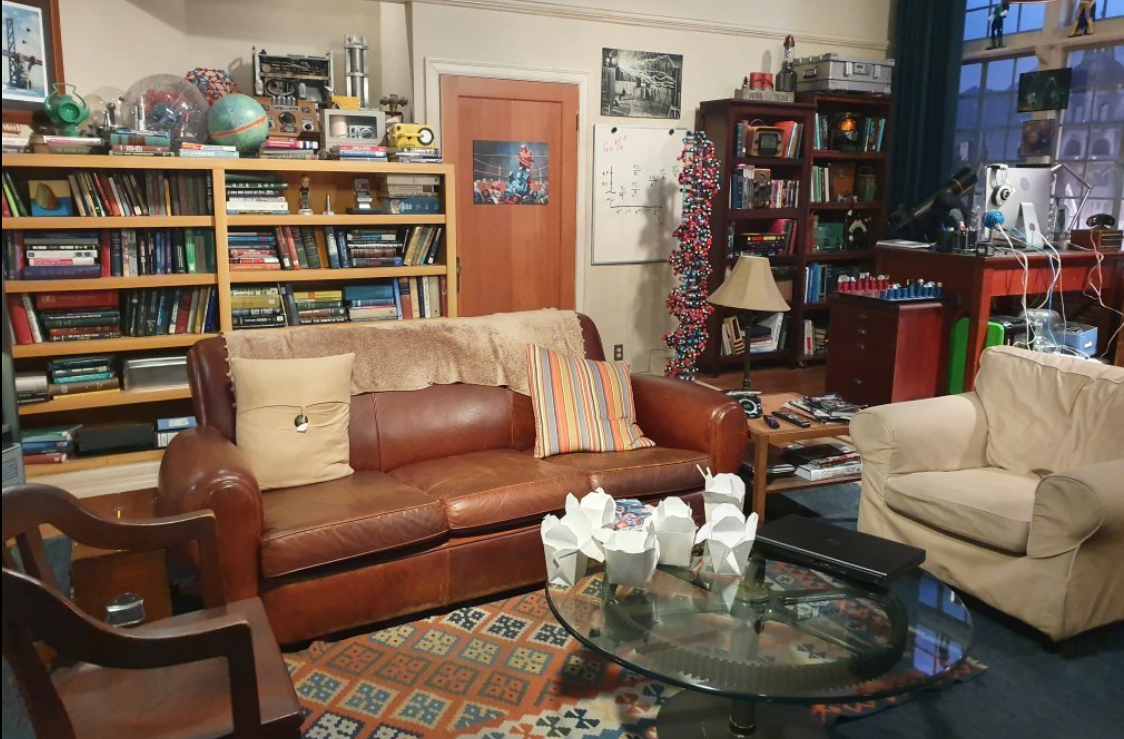 The Warner Bros studio tour is offers one of the most popular studio tours in Los Angeles.

With a combination of guided and self-guide tour, guests are given a brief history of the Warner Bros studio through the many popular projects it has produced or has been a part of.

Guest can sign up for one of three tours below.

This tour begins with a 1 hour guided tram ride around the Warner Bros lot where some of the most popular shows and films are actually filmed!

The guide will explain how realistic sets are created and their purposes.

After guided portion of the tour, guests are allowed to take as much time as they want to experience the fun and interactive exhibit of Warner Bros’s Harry Potter, Lord of the Rings, and DC Comics.

There are many photo opportunities available including: at Central Perk Café (the famous fictional café where the cast of Friends often hang out) and a red-carpet event where you have an Oscar.

You also outsize your friend with optical illusion and camera magic and pretend you’re a hobbit from the Lord of the Ring, and much more.

I highly recommend this fun and informative tour where you’ll gain a new appreciation for all the work it takes to bring a movie or show together! 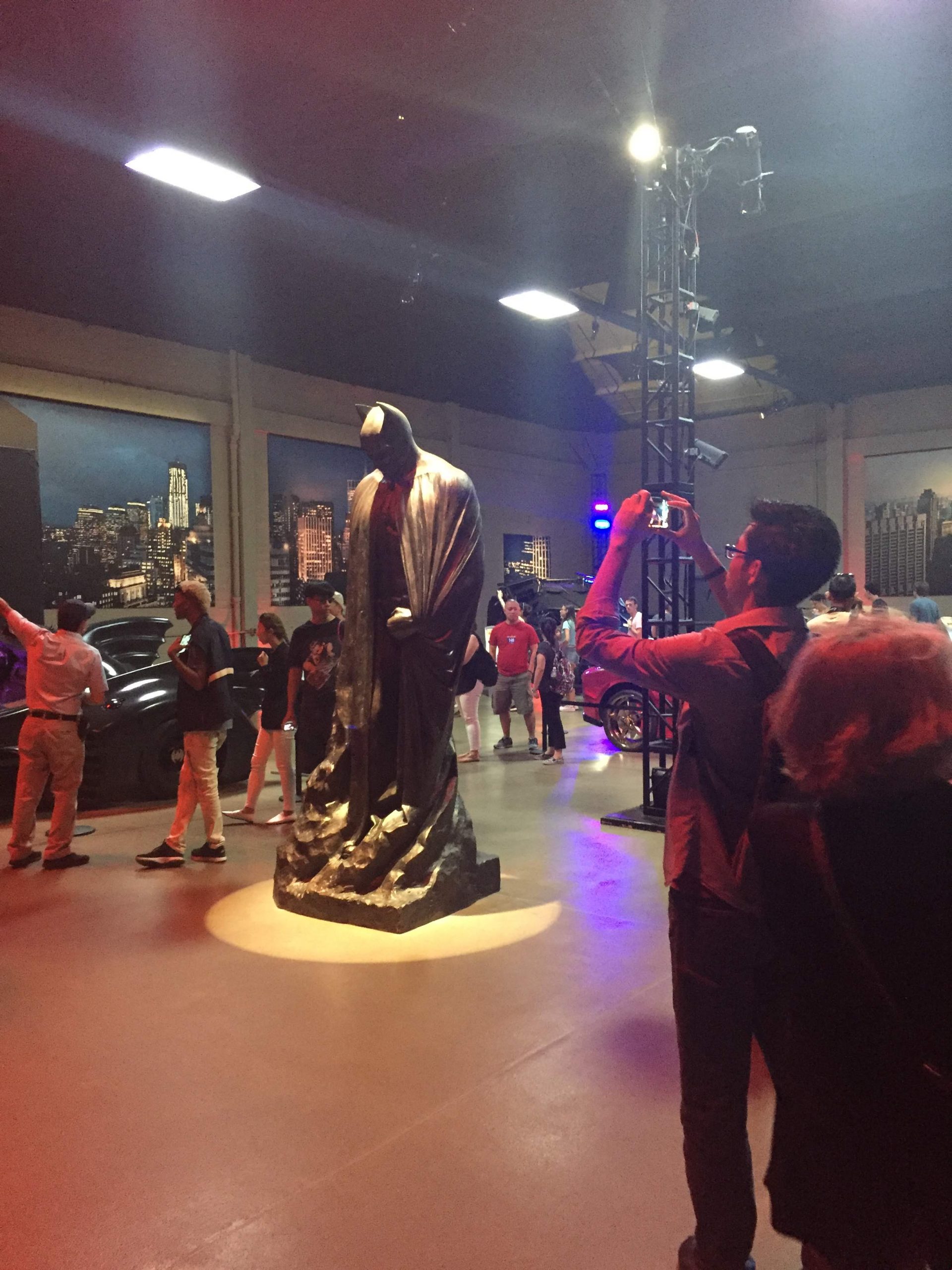 Classic Tour – (currently closed due to the Covid pandemic)

This classics-themed tour focuses on Warner Bros’s Golden Age of Film and TV, featuring award-winning titles that shot on the iconic backlot from the early days of the Studio through the 1970’s.

The deluxe tour includes the Studio Tour plus visits to the Costume Department and the Property Department.

This tour is the for the ultimate visitor who wants to know everything it takes to make a show or a TV, from costumes, sets to construction. 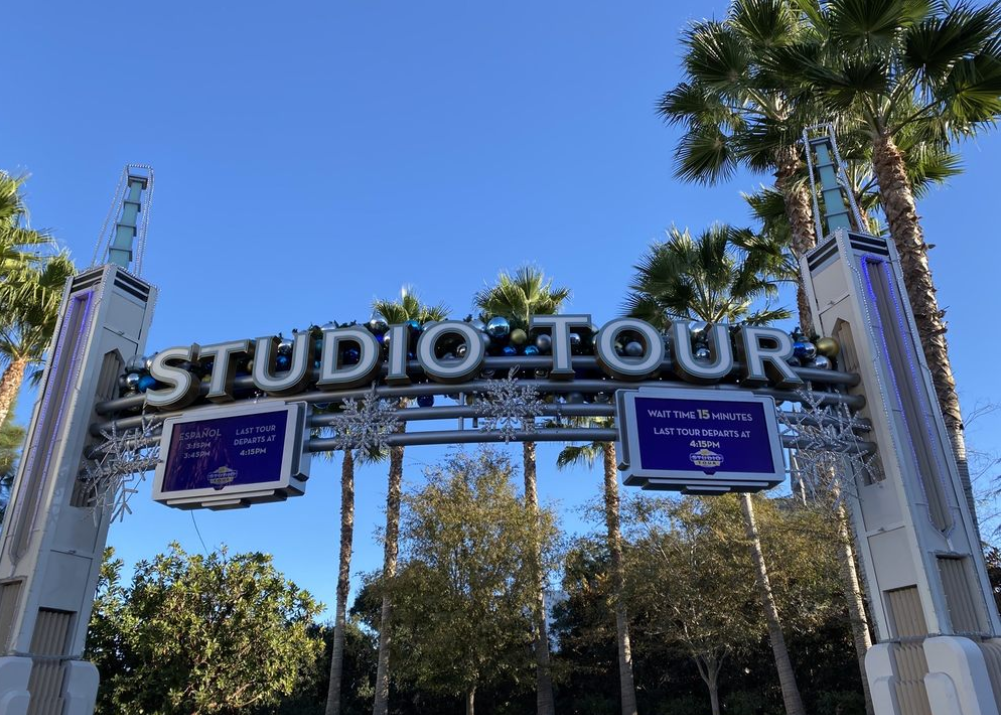 Located inside the Universal Studios theme park, this 1-hour studio tour is actually a tram ride that show some of the sets used in films and TV shows. 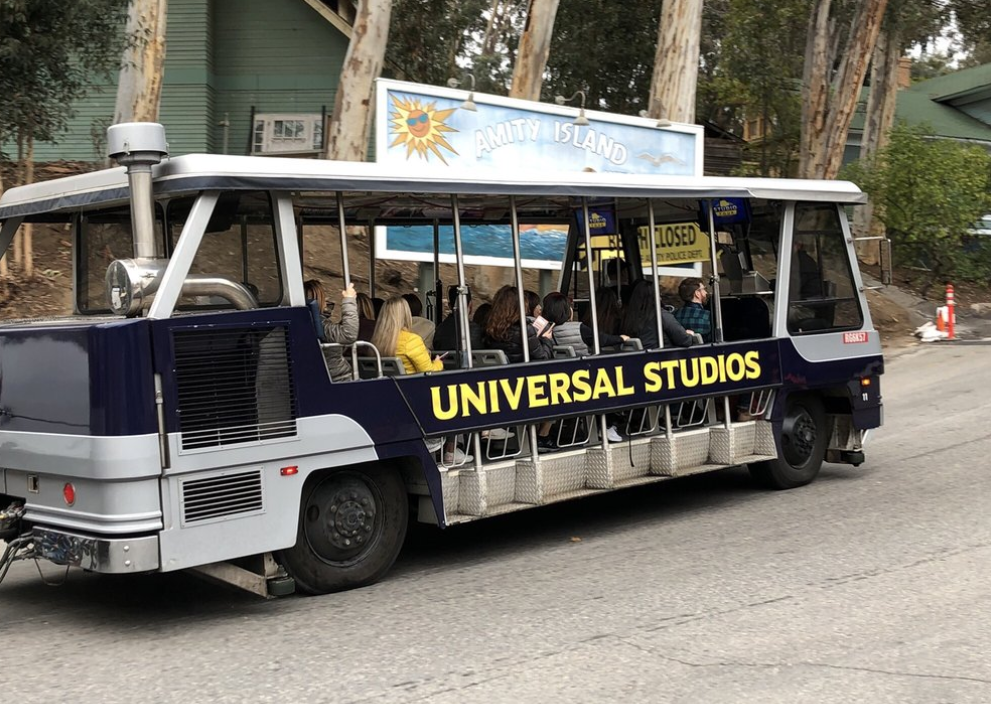 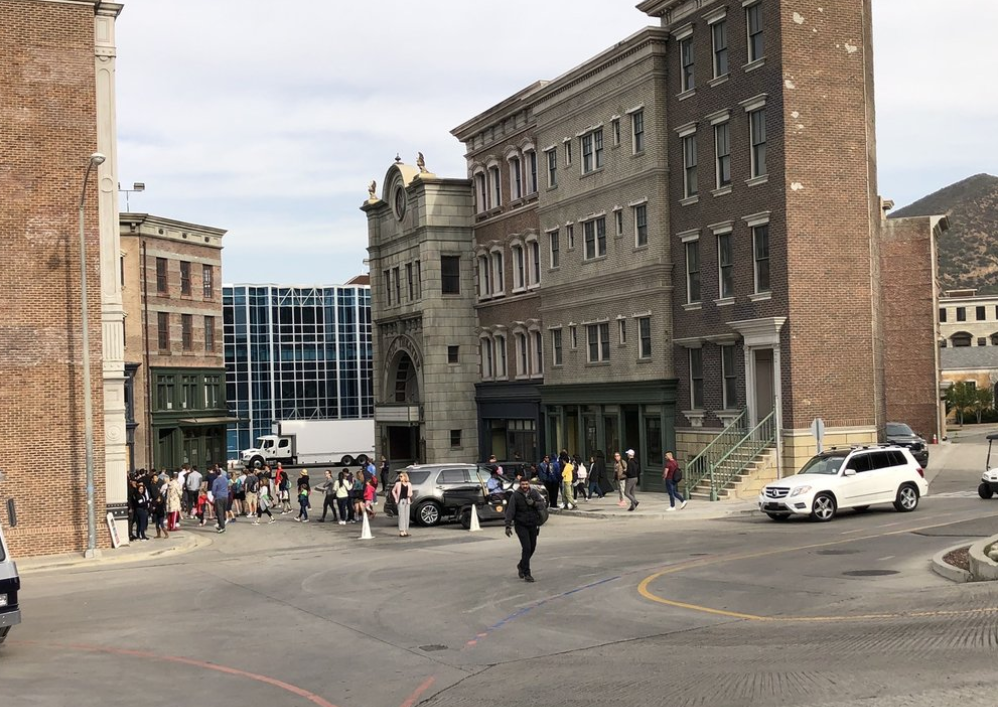 The ride also includes a 3D simulation of an action movie which you, the guest, will be a part of!

This tour is great for families with young children, because it’s quick and fun.

No extensive walking because the conductor of the ride, tram cart, and tour guide will do all of the work to make sure you’re having fun!

Plus, your admission ticket includes Universal Studios many other popular rides like Harry Potter and the Forbidden Journey, Transformers: The Ride-3D, Despicable Me Minion Mayhem, and much more! 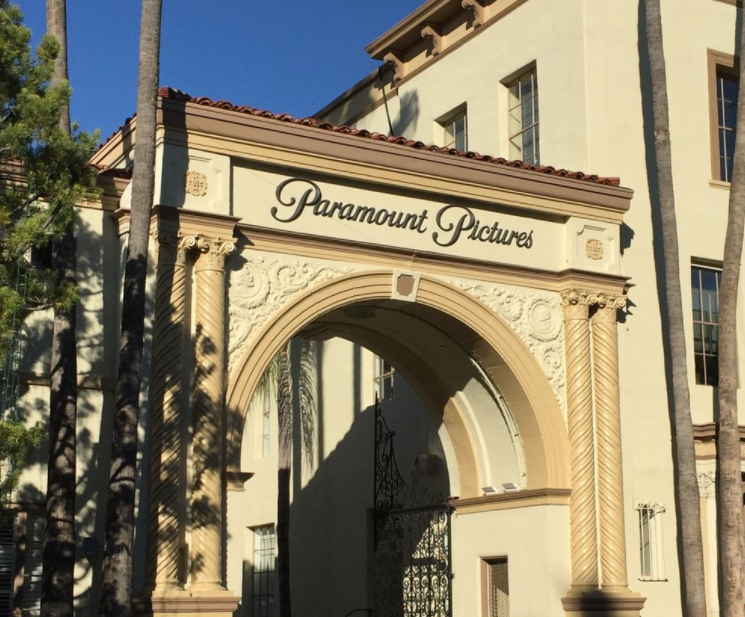 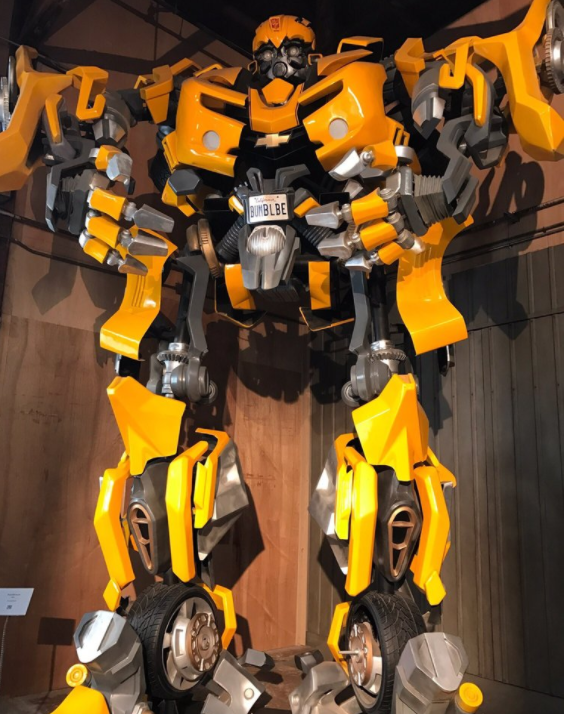 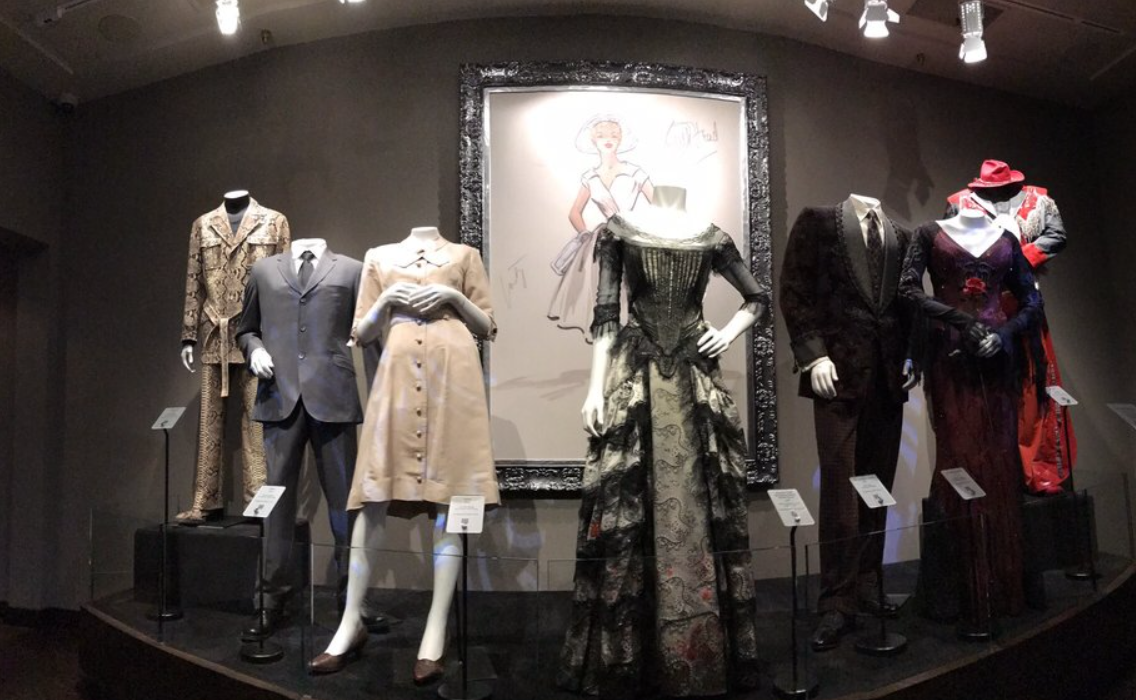 One of the last studio still operating in Hollywood, the Paramount Picture studio tour offers a fun and intimate two hour guided tour in small groups of between 6-8 people.

The tour is part tram ride and part walking.

Guests get to learn about Paramount’s long history including where Lucille Ball live during the filming of “I love Lucy.”

Plus, guests get to learn some interesting fact about the filming of the “Godfathers” and “Indiana Jones.”

You will learn how Paramount’s 105-year legacy influenced Hollywood and the subsequent entertainment industry.

Guests will receive a hands-on look at props and set items from past productions.

The VIP Tour ticket holder will also be introduced to the people and places who work behind the scene to bring a show or movie together.

The morning tour will include a gourmet lunch in an exclusive location, complimentary parking, personalized souvenir photo, and 15% discount at the souvenir shop. 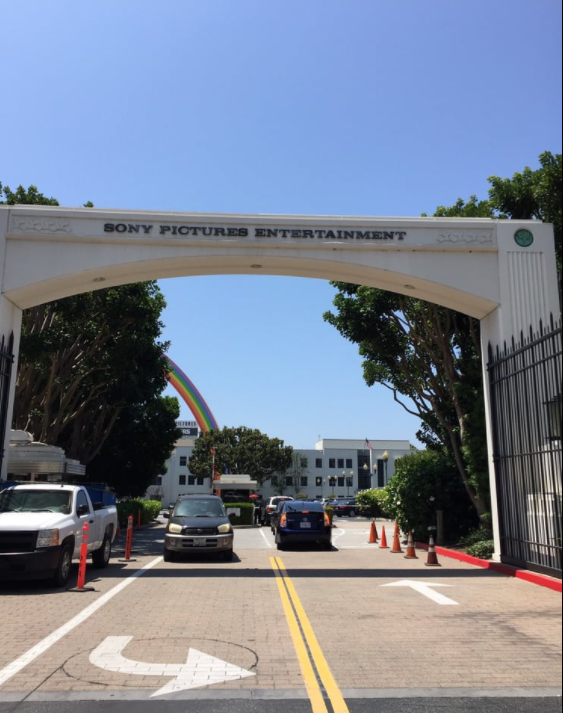 Public Transportation: Take the Metro Rail Expo Line to the Culver City Station, then take the Metro 33 bus to Venice/Overland. 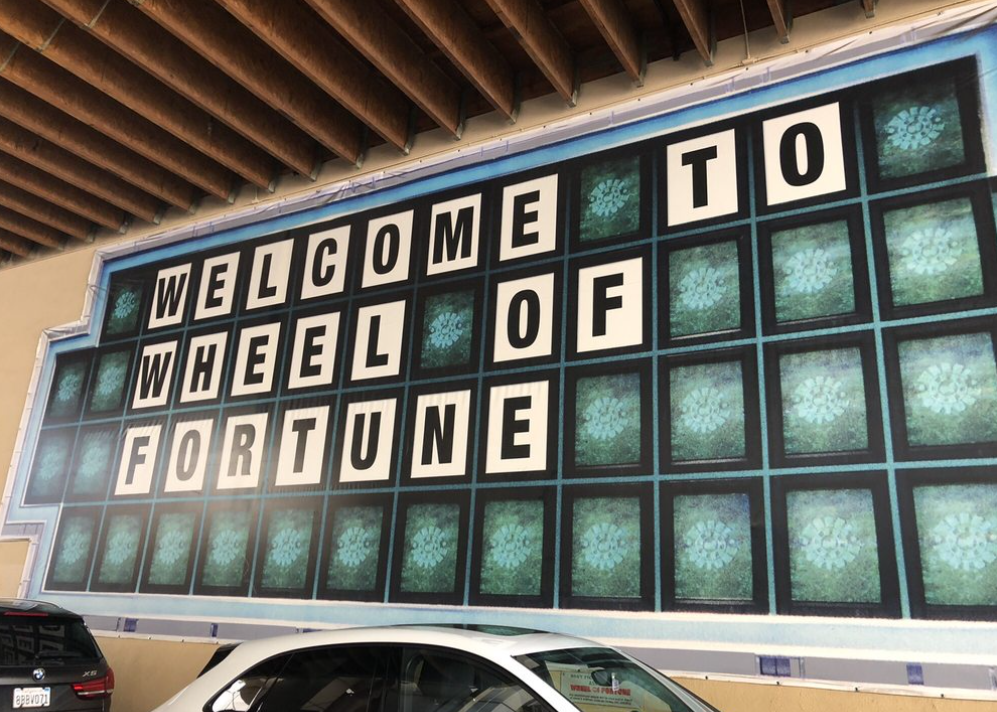 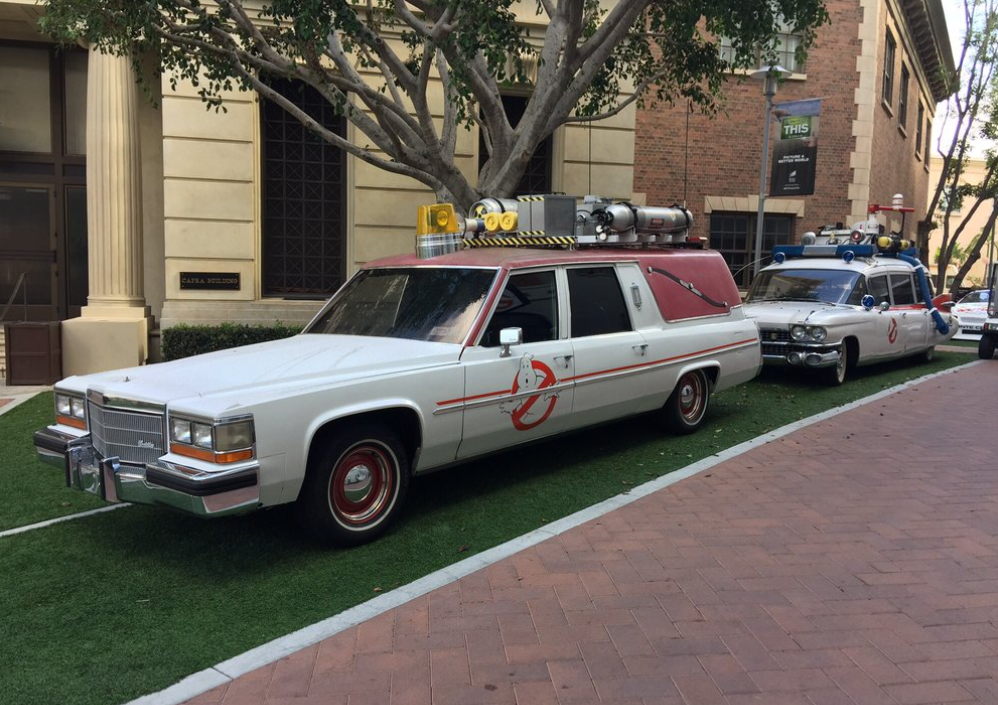 This is a two-hour studio tour that showcase of Sony’s biggest hits like: The Wizard of Oz,” “Men in Black,” “Seinfeld” and “Spider-Man.”

You’ll see the set of popular games shows: “Jeopardy!” and “Wheel of Fortune.”

You’ll see the newly built Studio Museum which describe Sony’s history and a good-size collection of costumes and memorabilia.

Parking is free which a big plus in Los Angeles!

The Sony VIP tour comes with a three-hour tour with a three-course meal from Wolfgang Puck included at the Sony Commissary Dining room.

The VIP tour also has a limit size of 5 people to keep the tour personable and intimate.

At the end of the tour, you will receive a souvenir photo and employee discount on all merchandise in the Sony Studio Store.

In addition, free valet parking is offered for those with a VIP tour package. 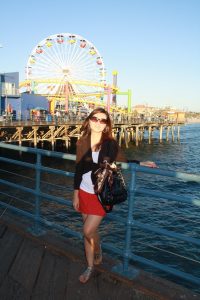 Welcome to LA by Foot!

Hi, I’m Lori and I have lived in Los Angeles (LA) for the past 30+ years and I love this city!

LA is about 10 times the size of New York City and with that size there are many neighborhoods and cities that make up the LA territory.

We’ll take each step together! Join me in my local travels and I’ll show you the best LA has to offer.